Deprecated: strripos(): Non-string needles will be interpreted as strings in the future. Use an explicit chr() call to preserve the current behavior in C:\HostingSpaces\ihsaa\idhsaa.org\wwwroot\res\inc\functions.php on line 251
 Hall of Fame | IHSAA - Idaho High School Activities Association

A lifelong teacher, coach, administrator and advocate of high school activities, Polly Dahlke retired as the athletic director of Bear Lake High School in 2013.  Polly coached volleyball, girls’ basketball, track and golf during her exemplary thirty-three-year coaching career.  She also had a profound impact across the state as a well-respected administrator and has served as the LTI coordinator for the Idaho Athletic Administrators Association since 2008.  Polly has held leadership positions in many professional organizations including the NIAAA and the Fifth District Board of Control.  She was honored as the Idaho 3A AD of the Year twice as well as being inducted into the IAAA Hall of Fame in 2014.  Polly was also selected as the District V Distinguished Service award recipient in 2016.

During his career at Madison, his teams advanced to the state tournament an amazing twenty-two times where they earned trophies fifteen times and won the state title five times.

Bill Hawkins is by all accounts a coaching legend in Idaho and he continues to serve as a mentor and role model for young coaches today.

Tracy Leinen is one of the most well-respected administrators in the state of Idaho.  In her thirty-five years in education, she has impacted literally thousands of young people and was instrumental in the growth, promotion and advancement of the Idaho Athletic Administrators Association.

However, Tracy’s true impact came from her years as an outstanding athletic administrator and leader of the IAAA.  She spent twenty-seven years serving her fellow AD’s in both the IAAA as well as the NIAAA.

She was a member of both the IHSAA and NIAAA Board of Directors, received Idaho Athletic Director of the Year honors three times, earned the 2006 NFHS Citation award and the Dick Fleischmann award in 2009.  Tracy was also inducted into the IAAA Hall of Fame in 2019.

Larry Messick spent thirty-eight of his forty years in education at Shoshone High School. After two years teaching and coaching at Dietrich High School, Larry moved to Shoshone High School in 1975. He was the head football coach for four years, the head volleyball coach for thirty-one years and the head boys basketball coach for thirty-eight years. In addition he served as the Shoshone athletic director for twenty-five years. Over the course of his career, he took a team to the state tournament an astounding thirty-nine times and won six state titles. A tireless educator, Larry was involved in numerous professional organizations including the District IV Board of Control, the 4th District Coaches Association, the IAAA and the Idaho State Coaches Association. Larry received the IHSAA Wes Lowe Memorial Award in 2006 and the District IV Distinguished Service Award in 2009.

In his fifty plus years in education, Doug Standlee has impacted literally thousands of young people across the Treasure Valley.  He started his career at Boise High School in 1966 teaching social studies and coaching football and track as well as working as the athletic trainer and eventually, the athletic director. In 1980 Doug took an assistant principal’s position at Meridian High School where he stayed for four years.  Doug would move to Borah High School in 1984 and would stay there serving as Borah’s principal for seventeen years.  He became principal of Capital High School in 2000 and Bishop Kelly’s principal in 2003.  Throughout his stellar administrative career Doug served as a mentor and role model to countless AD’s, assistant principals and principals working in our schools today.  Doug was a co-founder of the Boise Relays and was instrumental in developing and growing the high school ski-racing program at Bogus Basin.  Doug is perhaps best known as the manager of the IHSAA Boys Basketball tournament, a position he has held for thirty-four years and counting. 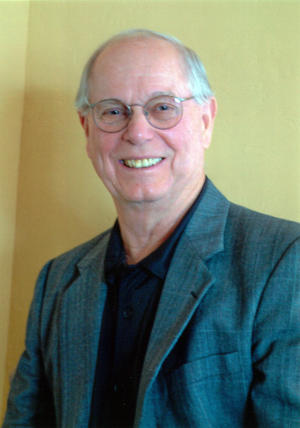