Legends of the Game 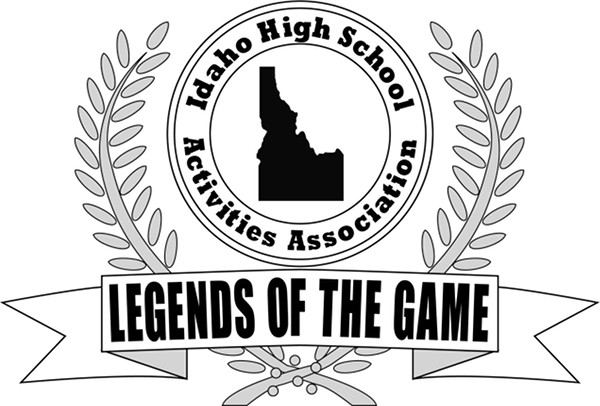 The Legends of the Game program was established in 2001 to honor outstanding basketball teams. Teams are honored in ceremonies at halftime of the 5A state basketball championship game. Team members receive commemorative medallions and plaques while their schools receive Dairy West championship banners.

2020 Girls Legends of the Game

The IHSAA is pleased to honor the 2020 girls’ basketball “Legends of the Game”, the 2000 American Falls Beavers.  After three consecutive 3rd place finishes at State, the seniors on this American Falls team were on a mission for a championship.  With a four-year record of 90-16, they finished the 2000 season 23-5 and took home the school’s first and only girls’ basketball state championship.

Led by coach, Gary Aldous, the American Falls Beavers set a new bar for excellence at AFHS and inspired future generations of state champions.  Congratulations to these great “Legends of the Game”!

The IHSAA is pleased to honor the 2020 boys’ basketball “Legends of the Game”, the 1979 Buhl Indians. After losing to Rigby in the 1978 state championship game, the ’79 Indians would face them again in that year’s title game.  With a victory in overtime, Buhl would be crowned state champions!  The team consisted of multiple three-sport athletes that found success in football, track and baseball in addition to basketball.

The ’79 Buhl Indians were coached by Terry Adolfson and Jim Welch. Congratulations to these great “Legends of the Game”!

2019 Girls Legends of the Game

The IHSAA is pleased to honor the 2019 girls’ basketball “Legends of the Game”, the 1993 Centennial Patriots. With an overall season record of 25-1, this team won the school’s first-ever girls basketball state championship in one of the most exciting title games in Idaho’s history. Centennial was favored to contend for the title coming in to the tournament and led by as much as 15 points in the third quarter of the championship game. But with seconds left on the clock, their opponent took the lead for the first time in the second half. With one last chance, senior Andrea Baxter drove to the basket and took an off-balanced shot to win it all. The ball bounced off the backboard, rattled around the rim and finally dropped through the net as the buzzer sounded. Champions!

After winning the 1975 state title, the Redskins headed into the state tournament with one thing on their mind…. bringing home a second consecutive state championship. Teton, the pre-tournament favorite, was riding a 38-game winning streak and took care of their first two opponents of the tournament handily. The Redskins would face a very familiar foe in the championship game, Glenns Ferry. The same team they defeated in ’75. Down by one with less than a minute to play, Teton called on senior Larry Bergeson and junior Gary Furniss to lead the team down the stretch. Teton forced a series of turnovers late in the game to win the title by five, 43-38. Bergeson finished with 19 points and Furniss added 14 rebounds to clinch the championship. The Redskins would win a third consecutive state title in 1977, cementing their place in Idaho basketball history.